Lit Lot App: Lit Lot is an alternative app of tik tok. which was released in India after banning tik tok in India. Many short Video app is trending on google now a day. But Lit lot has all features which are in Tik Tok. Lit Lot app is developed by the Indian Developer which is Available for Android and iOS devices. You can Download the Lit Lot app from the given below link. 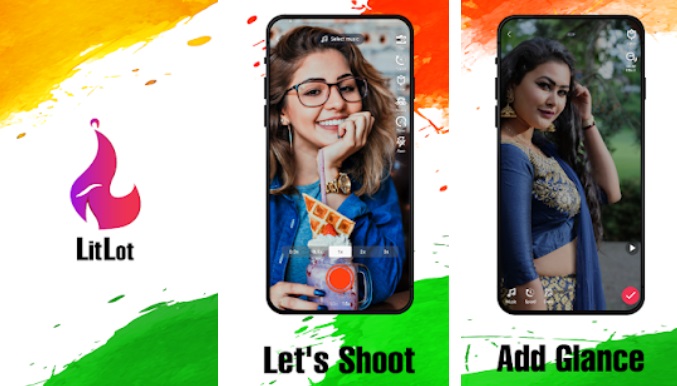 Lit Lot is a Short Video Entertainment App which is developed by Indian Developer to Replace the Tik TOK. All you Know that the Indian government bans the 59 chines app which is used by Indians. Tik Tok is one of these. Lit Lot allows users to upload 15-second clips and beautify them with filters and emotes. There is also lip-syncing functionality in the LitLot app. The interface is quite simple and user friendly. In this app, many languages are supported.

Lit Lot is Short Video app. This app is available for both Android and iOS operating systems. You can download Lit Lot Android apk from the given below link.

This rising interest in Indian short video apps has been due to the ongoing anti-China sentiment and the ban of 59 Chinese apps, including TikTok. On June 29, 59 Chines apps including TikTok, Shareit, Clash of Kings, UC Browser, and others have been effectively banned. TikTok is one of the most popular apps with more than 200 million users in India, Now all the Indian Developer are creating a app to replace the chines app.